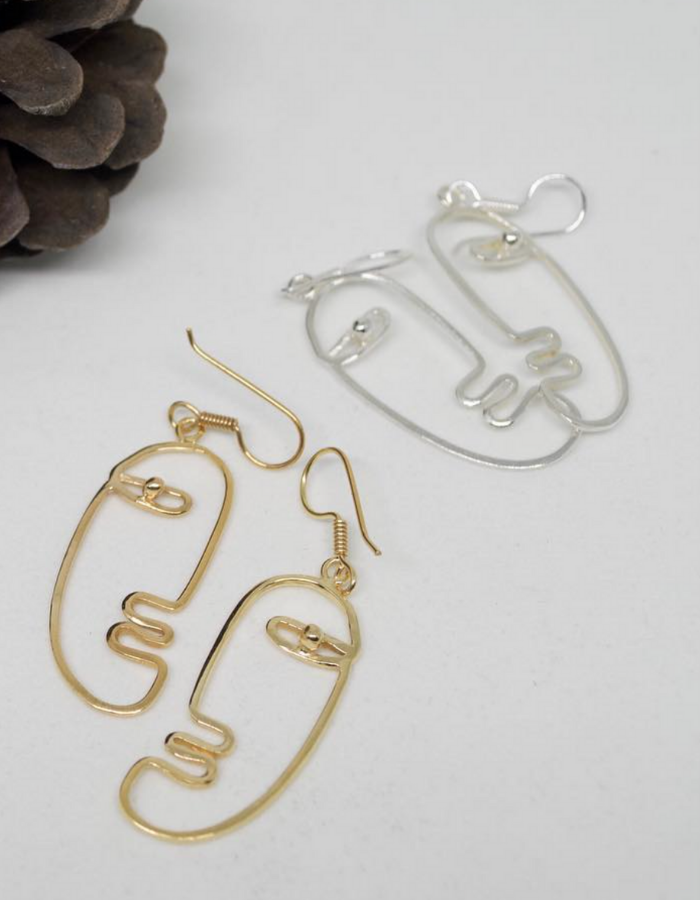 Silver or Gold plated face-shaped earrings handmade in Mexico and inspired on the aesthetics of the Spanish artist Pablo Picasso. Picasso was a great influence for Latin American artists and at the same time his most famous aesthetics were also influenced by the Mexican muralist Diego Rivera who became his friend during his stay in Paris in 1914.

It is said that Picasso was inspired by Rivera's work as a muralist to paint Guernica, considered by the experts his most important work, and that the aesthetic of the painting "Zapatista Landscape", 1915 was imitated by the Spanish to consolidate his cubist technique.